I think most quilters are going to agree with Connie George when she says, “I quilt, I don’t do alterations.”  Connie and I were having such a great conversation when I realized my time was up, so we decided to talk about her business in another episode, so be watching for that soon.

This first picture is the First Harley Davidson T-shirt Connie made!  The center Diamond came from Diamond Head, Hawaii and I was asked to do something “spectacular “ with it! 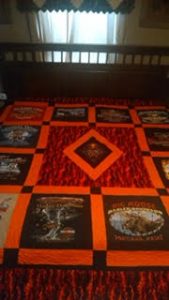 The following pictures are from Connie’s last quilt retreat that was held in April 2022!! We are all cutting up and being silly and she didn’t think I would really take her picture!  Fooled her, huh? 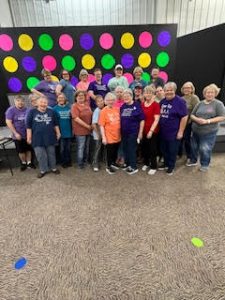 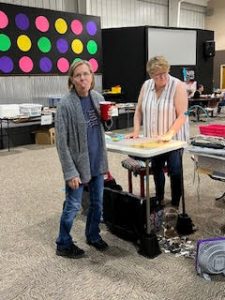 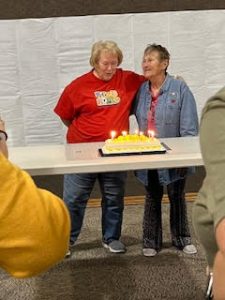 She is also a member of my group in Facebook: A Quilter’s Life

Looking for a specific episode?

Please type in the name of the person you are looking for in the search box above.

Then click on the quilter’s name (episode title) to go onto their episode page to see their wonderful quilts and how to find out more about them!